What do the five-star ratings in the video player mean?

Written by Christian Ress
Updated over a week ago

Asking players questions about their experience playing games can be so useful that we've made it a standard component of every playtest.

The following three questions come standard on all playtest types – we ask them regardless of whether or not you choose to ask your own survey questions:

Reminder: You can ask ten survey questions for all playtest types.

On the right side of the video player page there are three sets of five-star ratings with the following labels: Fun, Would play again?, and Would recommend?

The questions match up with the five-star ratings as follows:

The five-star ratings come from the answers to the three questions and are calculated as one point per half-star. For example, if a player rates your game 8/10 for the question "How much fun did you have playing this game?", then your Fun star rating would be four out of five. 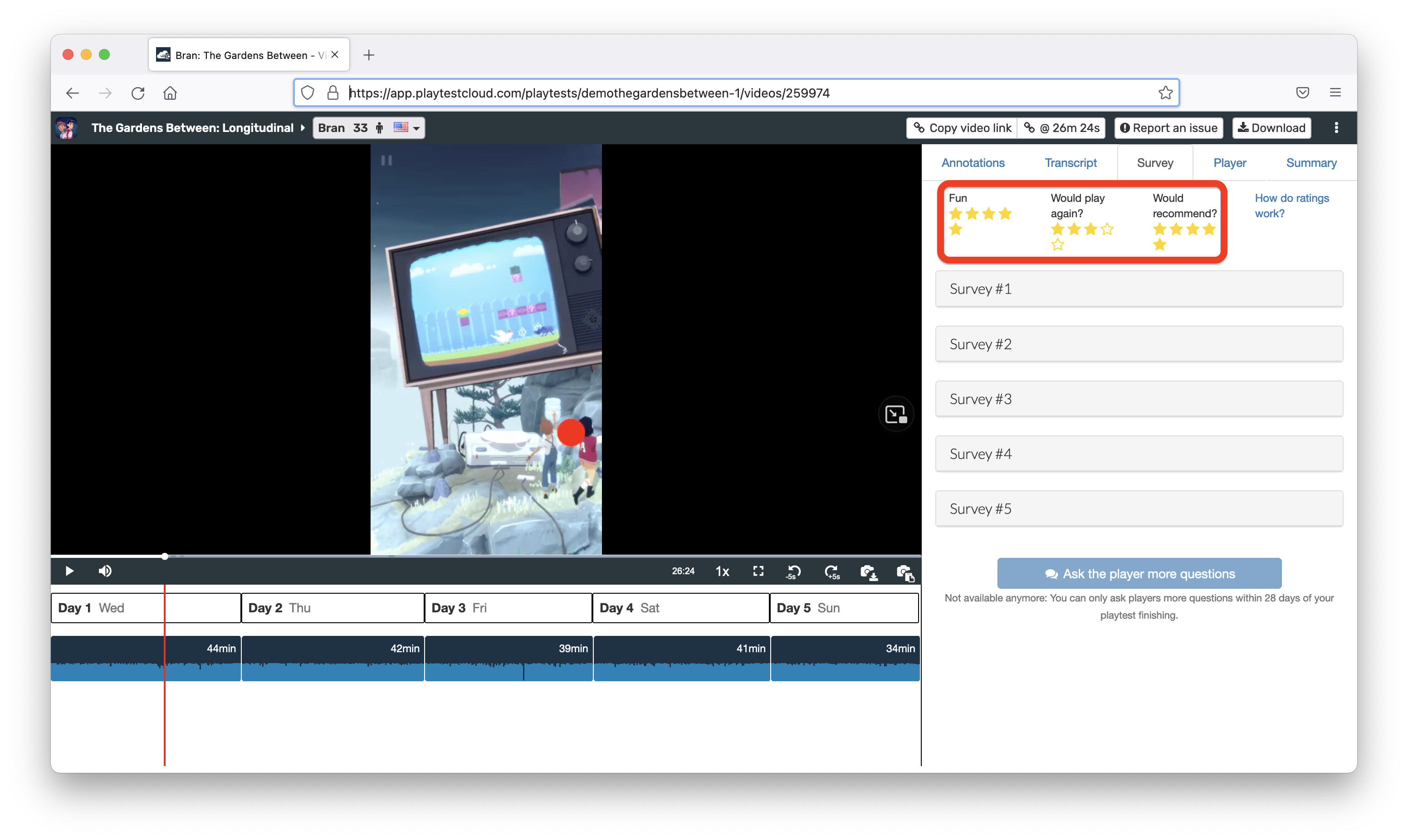 The five-star ratings also appear on the Playtests page of PlaytestCloud, so you can quickly see the average rating of all players, giving you an overview of how the players received your game:

Typically, it's a good idea to look closer at videos with especially negative or positive ratings.

In addition to asking your own questions via the included survey editor (during the playtest setup process), you can also ask players follow-up questions up-to four weeks after a playtest is complete.

Questions? Reach out to us by opening the chat bubble in the lower right corner of your screen.