All Collections
Best Practices
Longitudinal & Multi-session Playtests
How should I plan for my longitudinal or multisession order?

How should I plan for my longitudinal or multisession order?

By creating a schedule ahead of time you should have plenty of time to run a fulfilling longitudinal playtest. Take a look at our example:

When approaching such a big study it is important to plan, this way you will have the time to properly go through the entire process. As the French writer Antoine de Saint-Exupéry once said “A goal without a plan is just a wish”. That being said, here is how we recommend planning for your next longitudinal playtest:

Take a look at the calendar below. This is an example project management plan designed for a company that is preparing a new feature launch. 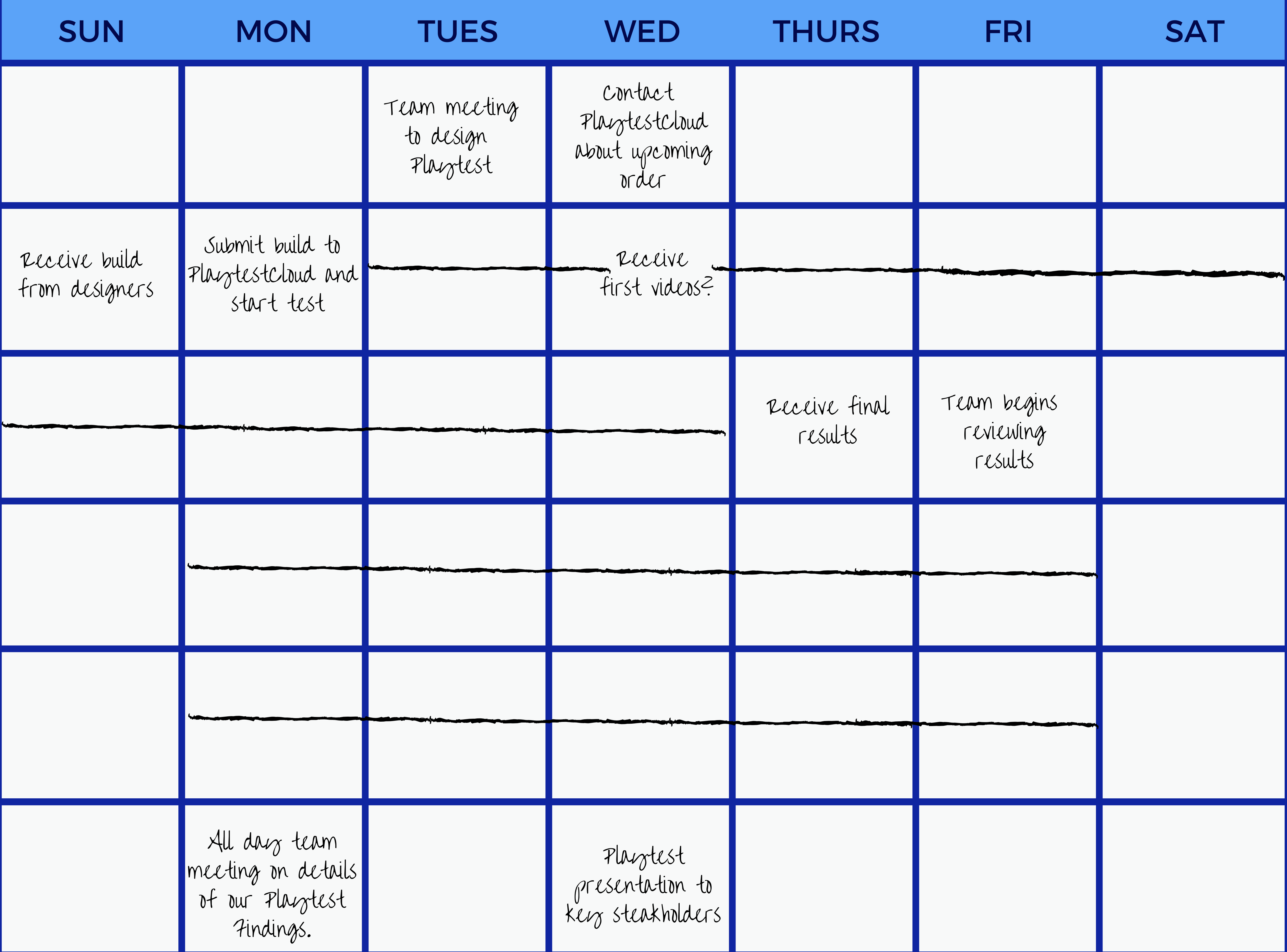 As soon as they discovered that they will be running a playtest (in this case a longitudinal playtest) they held a team meeting to figure out the factors that they wanted to test and to design a test that would focus on those features. Additionally, even though they know that the build won't be ready for a few days, they still contacted PlaytestCloud to let them know about the upcoming test and what they hoped to get out of it. It wasn't a required step, but by doing this they expedited the process and allowed PlaytestCloud to do everything in their power to help the team prepare for a successful playtest.

Once the build was ready to be tested they submitted the build to PlaytestCloud and the game was sent to players soon after that. In this example, the team ordered a seven day playtest (the maximum number of days) So the playtest results will not be ready for 9 days (but after day 2 the first few days of preliminary videos should trickle in).

The team in this example the designers worked on a 6-week sprint schedule, so that gave the team 2 working weeks to view and review the videos.

Once all of the videos had been analyzed the team sat in an all-day meeting to go into their findings in detail, and figure out: what they wish to present, the suggestions of changes they wish to make, etc. That way they will be prepared for the key stakeholders meeting later that week - just in time before the next sprint.

Although this isn't the one size fits all method of planning your next longitudinal order. This should give you a small idea of what to expect and to plan for. As always we would be happy to assist you in the planning of your next order- feel free to contact us anytime! Happy Playtesting!