Written by Marvin Killing
Updated over a week ago

When you order a playtest on PlaytestCloud and submit the game using Apple TestFlight, some information about your company will be revealed to our testers automatically through TestFlight.

Specifically, there’s an "App Details" page that testers will get access to that has information about both the game build and your company on it. 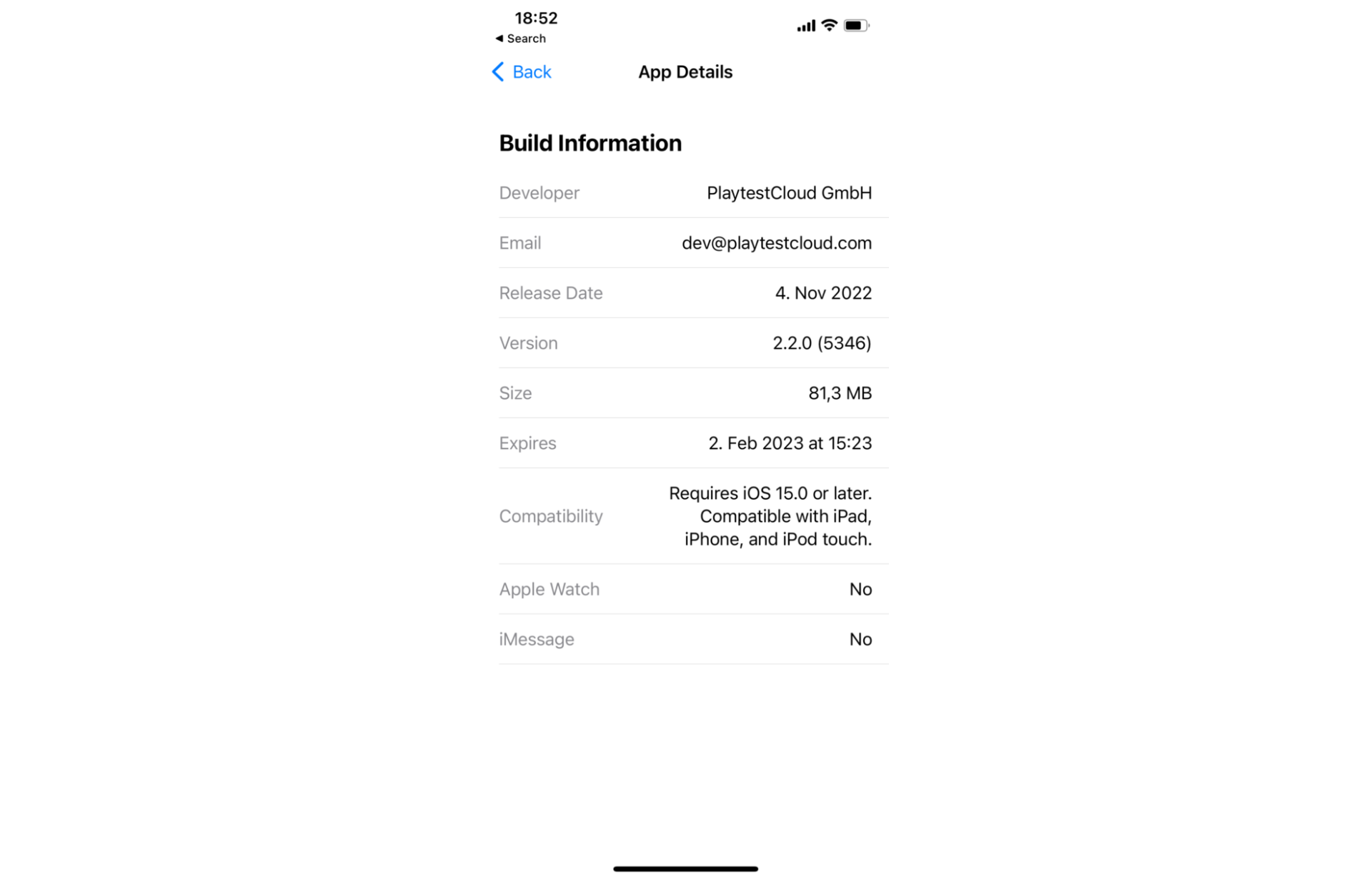 All players will agree to an NDA before participating in your playtest, but you may want to take this into account if you're testing highly sensitive material. If hiding the developer name is important, we recommend playtesting with an Android build instead.